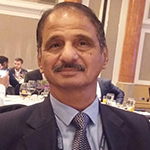 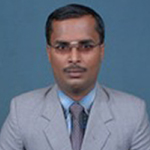 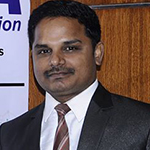 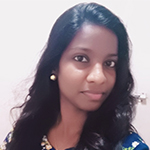 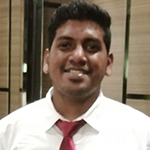 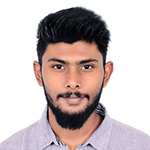 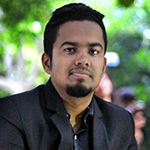 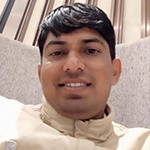 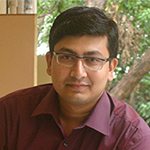 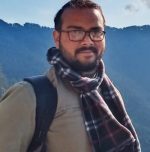 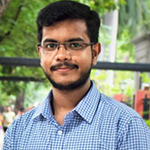 I'm a Graduate Mechanical Engineer also holds Diploma Degree of Automobile Digital Designing.Passionate for Off-Road adventure sports and treks , following my dreams to work with SAE as a Indore Division Officer and handling regional level activities and Registrations and Marketing.

Finished B.Tech in Mechanical from Reva University (2019) . Working with SAEINDIA as GET ( Graduate Engineer Trainee ) since 1 year, i look after SAEINDIA Activities and SAEINDIA Bengaluru section.

"I retired in August 2011 as General Manager from Indian Oil Corporation, R&D Centre. with 37 years of full time solid business management experience. During my career have successfully demonstrated vision to identify and prioritize opportunities, marry novel technologies with new market opportunities especially in area of Energy with a successful record of accomplishments.
In 1974, started my career in Synthetic Fibre industry in Private Sector as a Chemical Engineer after graduating from IIT Kanpur in Chemical Engineering. Switched over to a Public Sector Enterprise, IBP Co Ltd in 1978, with businesses in Industrial Explosives and Accessories, Cryogenics and Distribution and Marketing of Petroleum Products. IOCL, a Fortune 105 Ranked Company in Energy Sector took over IBP in 2003 and it was finally merged into Indian Oil in 2007. Assignments Undertaken, Project Management – 25 Years. Environmental scanning and project feasibility – 15 Years. Modernization and De-bottlenecking of facilities for Operational ease and flexibility, Productivity improvement, Safety, Quality Assurance etc – 15 Years. System audit – 5 Years. Corporate communication and Government Coordination – 4 YearsImplement short and long term strategy for building key competencies and capabilities- 1 Year Business development of non-fuel initiatives at retail outlets through alliances – 4 Years
As an EC member of SAE NIS in 2009 and 2010, I was involved in many SAE NIS activities including search Committee member for office space, AWIM. It is indeed an honour to join the SAE fraternity as Executive Director of SAE(NIS). I accept this honour and responsibility with great pride.

I am handling Accounts, Investments, Administration, HR, Taxation etc. at SAEINDIA Western Section. I am coordinating with statutory authorities such as CA for matters related to Taxation & Finalization of Accounts and Lawyer for matters related to Charity Commissioner. I am also looking after Membership Drives, Seminars, Webinars etc, whenever required.

She holds a post-graduate degree in Management and over 12 years of experience in HR, Administration, and training management, in a range of companies specialising in manufacturing, Manpower consultancy, and Retail industry within India. She has joined as a Manager - HR. This experience enables her to successfully manage and maximise upon SAEINDIA's human resources in a demanding and ever-growing market.

He has completed Degree in Master Business Administrative ( MBA). He has started his career as a Office Assistant of Inventory Control in Hyundai Motor Ltd. He joined SAEINDIA Southern Section in 2007 as Program Executive and has risen in the ranks to transfer in SAEINDIA 2015 as a Assistant Manager. In the current Role, Deputy Manager(PDP). He has been involved in the successful execution of major events like Professional Development Program, S2I2, Event & Conference.

She is having 9+ Years of Experience in managing digital marketing, creating and implementing successful campaigns, improving brand awareness and presence and coordinating website handling and management.

Name : KAVIVAIRAVAN .A
Designation : Senior Officer
Department : Finance
Work Experience : 4 years (1+ years experience with SAEINDIA)
Education : Master in Commerce and specialisation in Corporate Secretaryship
About : I am a diligent worker with a relentless attitude and ever-growing ambition

He has completed Bsc. He have 10 years overseas (Saudi) experiences in Admin & HR . He joined SAEINDIA in 2018 as a Senior Operations. He has been involved in the successful execution of Event Arrangement, Ticketing, Hotel & Cab Booking, Documents Verification, Stock Maintenance, Asset Maintenance.

Young,dynamic and aspiring Engineer. Passionate about Motorsports, events and anything innovative. I support Marketing activities.

She has completed B.Sc physics. She has started the career in SAEINDIA as a Assistant- Membership 2016. In the current Role, Officer Membership. She has been involved in the successful execution of major events like BAJA & SUPRA Registration and Membership Drive along with PAN INDIA Membercare. Maintaining Student and Professional Database and Membership Registration

She is a teacher by profession. Also a mathematics graduate with 8 years of experience in SAEINDIA membercare department. Maintaining student and professional database and membership registration. Supporting student events like SUPRA & BAJA.

D.Seshadri is a dyed in the wool marketing professional having tested waters from 1965 ( on completion of a Degree in Commerce from Annamalai University) launching SABENA as a detergent in domestic and industrial segments. SABENA became a household brand within a short time. After a brief stint in Indian Oil Corporation till 1972, he joined as a Sales Executive in Avery India in 1972 and steadily grew up in the ladder to become Vice-President (Industrial) in 2001. He joined SAEINDIA in 2009 as Senior Manager (Marketing) and has risen in the ranks to become Executive Director in 2016. He has been involved in the successful execution of major events like APAC 16, SIMCOMVEC 2013 and FISITA World Automotive Congress 2018, to mention only a few.

K. Venkataraj, Deputy Director-General of SAEINDIA, fondly known as Venky, is an accomplished IT Sales & Business Development Professional with 29 years of experience. He has started his career as a CAD/CAM technical engineer and moved on to PLM Sales Professional in NIIT, TCS, and IBM. He has served the Americas & Middle East markets for almost a decade in the different territory, business development profiles for IBM. During his IBM tenure, he has built a relationship with BlackBerry, Waldorf Astoria, Saud Bhawan Group, Ashok Leyland, HAL, ADA, and other leading automotive, aerospace, IT giants.Venky has been associated with SAEINDIA as a volunteer for 12 years, before moving into SAEINDIA as Dy Director General in September 2016. In the current role, Dy. Director-General, he works with leading mobility organizations in India, both auto and aero, to implement the strategies developed by SAEINDIA’s Managing Committee, the top decision-making body of the society. He is a proactive leader and planner with expertise in strategic planning, market plan execution, account management, and pre-sales efforts with skills in staffing and targeted marketing.